The world’s fashion press descended on London for the bi-annual, five-day London Fashion Week Men’s (LFWM). featuring the UK’s best and brightest menswear designers. In what feels like a haze of fashion shows, presentations, dinners and parties, here are the trends to look forward to when Autumn 2017 arrives.

If you thought we’d reached peak roll neck, you were wrong. Necklines continue to go higher as roll necks, or turtlenecks as our US counterparts refer them, continue to dominant men’s style. JW Anderson, Oliver Spencer and Topman were among the designers who presented chunky, oversized roll neck jumpers. As lovely as chunky knitwear is, it adds bulk so if you’re trying to streamline your look, it’s best to opt for a slim, lightweight version. 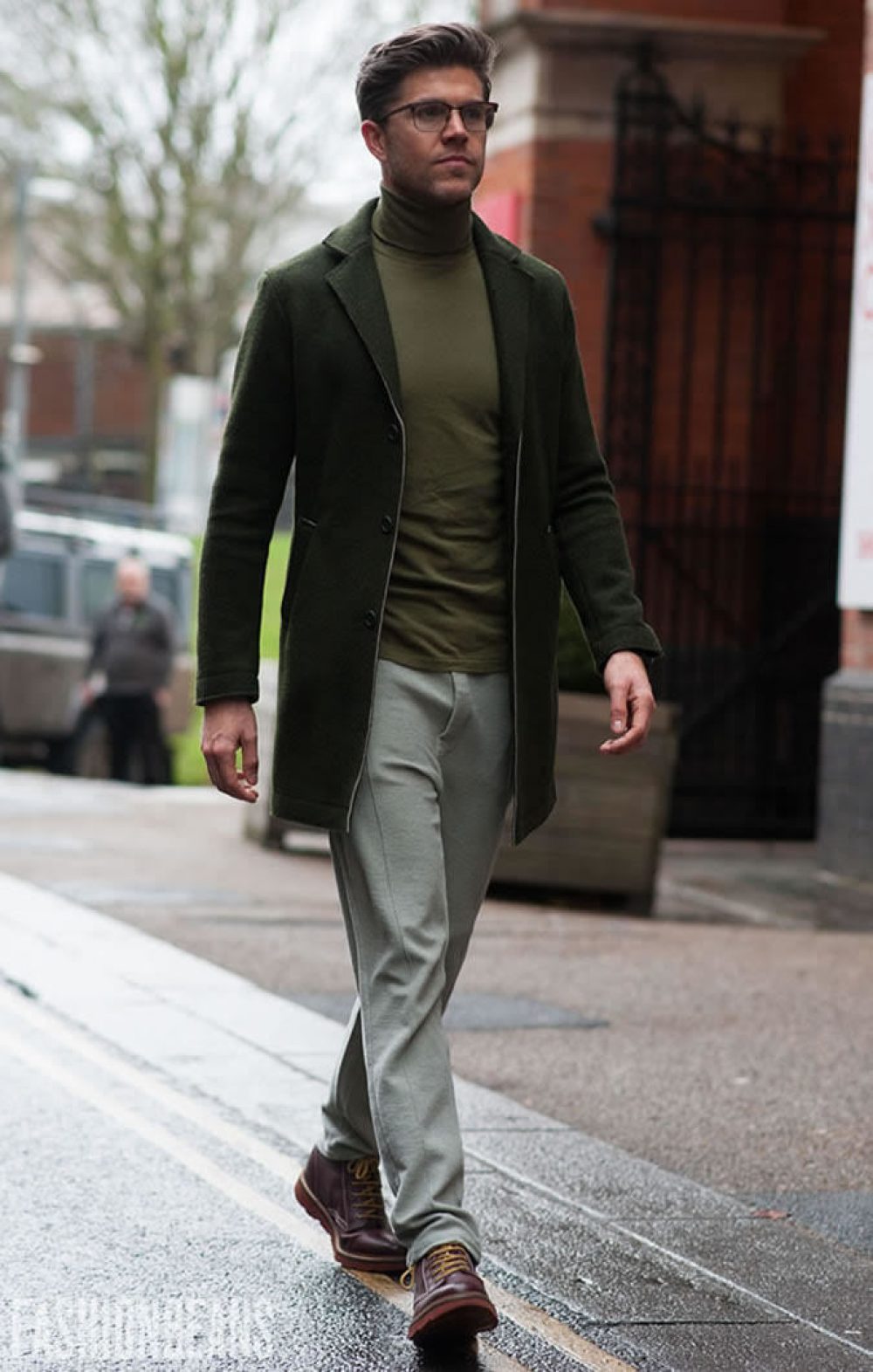 Oversized, full length outerwear reminiscent of London’s 80’s scenesters were striking, colourful and made of wool at Agi & Sam who’s AW/17 collection seemed to reflect the current cultural and political mood. Topman showed double-breasted slouch coats in textured wool. Elsewhere, one of my personal highlights was the Kent & Curwen presentation with David Beckham at the helm. Inspired by classic, elegant tailoring with oodles of British heritage vibes. I was chatting with DB (who was wearing the military style khaki full length overcoat with statement metallic buttons) and creative director Irishman Daniel Kearns who has had a stellar career in menswear since graduating from NCAD and the RCA in London. (formerly menswear Design Director at Alexander McQueen and Alexander McQueen before taking up a position at Louis Vuitton.)

It appears orange will be one of the must-have colours in our autumn wardrobes. Blood Brothers lead the charge presenting a series of bright tangerine trousers, zip-up jackets and jumpers. Oliver Spencer opted for burnt orange, while Lou Dalton injected splashes of bright orange across bags and coats. At Sibling, orange was injected through eye-catching print.  Orange can be a tricky colour to wear. Dark skintones can pull off zingy, bright orange shades but if you’re on the paler side, might be best wearing with a bit of tan or just being clever where you wear it.

At Topman Design the clothes were heavily influenced by the 90’s clubbing scene with rave graphics, an abundance of neon and psychedelic pub prints. 90’s print and colour fused with a regal feel at Sibling whose airy collection was a visual triumph. If your twink days are long behind you then it might be worth considering ignoring this trend.

There was a distinct lack of traditional tailoring at LFWM with Chester Barrie being one of the few exceptions. Tailoring was softened through deconstructed fabrics as seen at Oliver Spencer and E. Tautz. Oliver Spencer’s signature pared-back modern day menswear featured plenty of wearable, wardrobe must-haves including soft leather bombers with contrasting shearling and oversized parkas with his signature relaxed modern style.

SELECTED STORIES FROM THE JOURNAL